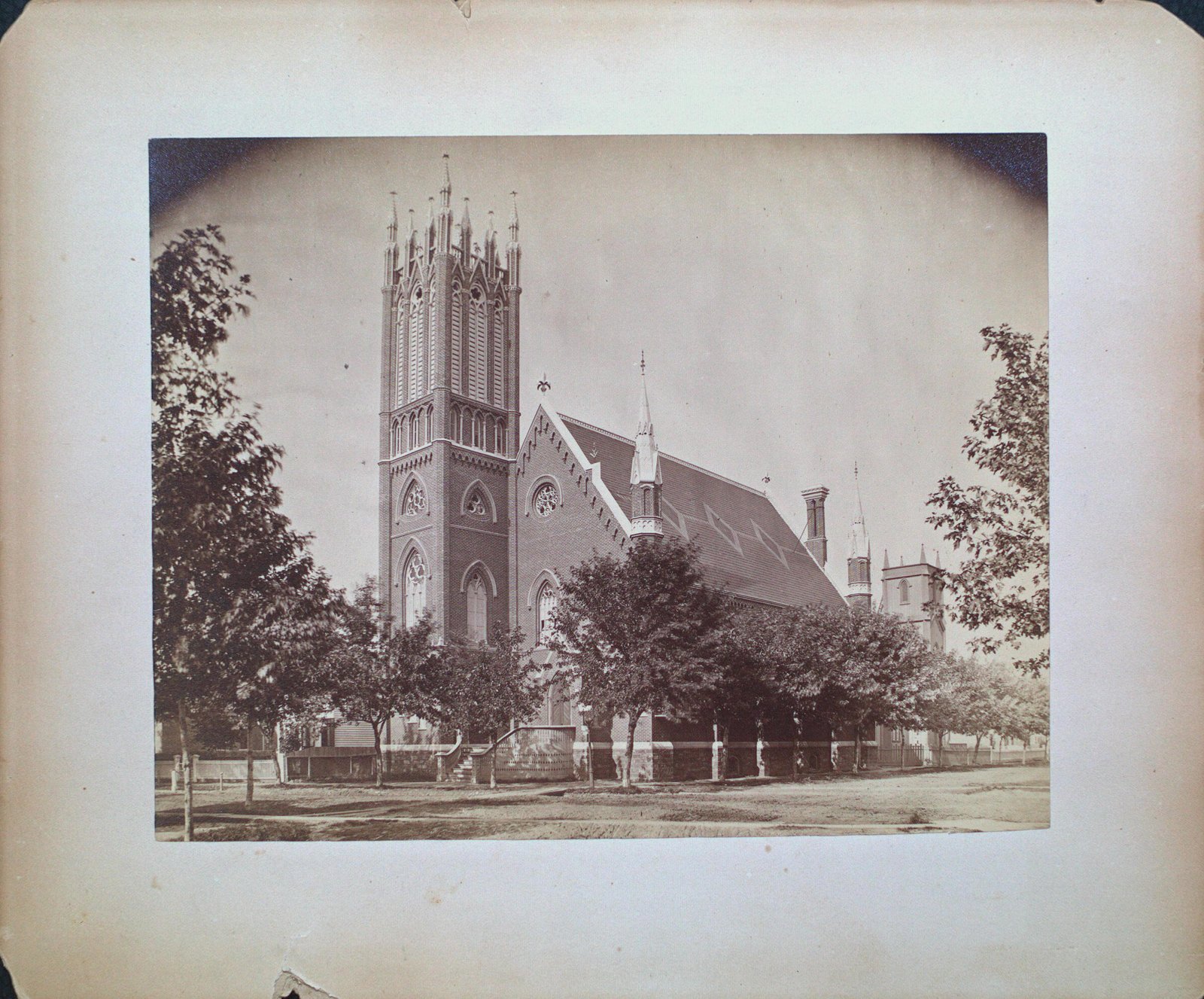 The Welland Avenue United Church Collection was donated to the St. Catharines Public Library in December 2000, in memory of Jane Alice (Hicks) Henderson. The Collection consists of photographs plus a scrapbook and a binder composed of church bulletins, newspaper clippings, letters and programs. The collection dates from 1877-1961.

In 1870, Welland Avenue United Church was organized as a separate Methodist congregation in connection with St. Paul Street Methodist Church. The small frame church, constructed on Henry Street in 1871, was later used as the Sunday School Hall. The church was officially set apart from St. Paul Street Church in 1876, and in the same year a new church was built at the corner of Welland Avenue and Henry Street. The architect for the building was Sidney Rose Badgley, who also designed the St. Catharines Carnegie Library and the Lucius Oille Fountain in front of the old King Street Courthouse. The 12 spires on the church tower were designed to represent the 12 Apostles, and the tower itself was a replica of the one belonging to Magdalen College in Oxford, England.