The kitchen is located behind the Officer's Quarters and mainly served meals to the Officers at Fort George.
Publisher
Colourpicture
Place of Publication
Toronto, Canada
Dimensions
Width: 13.9 cm
Height: 8.7 cm 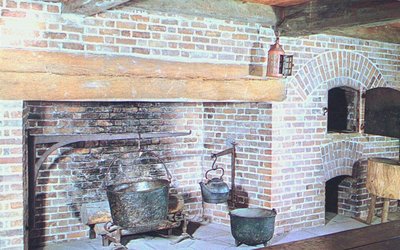